Orbis Games LLC is a software development company of online games dedicated to bringing entertainment so one can get the most enjoyment out of life. In our own niche, we have created popular games such as Virtual Horse Ranch and Virtual Pups (sold).

Shannon Cusick started riding horses at age six, and never looked back. She understands that once passionate for the equine, there is no going back! She was born an entrepreneur, since the age of eight she had one business venture or another, and her favorite hobby was providing entertainment. Through high school, she produced an annual day long concert called “Fog Jam” in Northern California that grew to feature top billboard artists.  In 1996 upon graduating High School she founded a record label management company called Emerald Entertainment. Emerald Entertainment provided several professional services (publishing deals, distribution deals, PR, websites, recording engineering and mastering)  to independent record labels. Around 2000, she decided to move her passions in to computer games, where many different media types could be combined. Her initial plan was to build a very ambitious massive multi player game. In 2003 during her final year in college, Shannon built Virtual Horse Ranch because she wanted to play this game herself. The week she published the bare bones of it, players came in from all over and many of them are still there. She learned fast how critical strong communities can be to a social game. Her philosophy in building and updating games is that the community and her team of community leader representatives strongly influence all decisions. Shannon also has many necessary skills from management to programming to expertise in such programs such as photoshop and 3DMax that allows her to be the “Jill” that is needed to take care of the many details needed in game design. Shannon Cusick’s long term goal is to have the resources to build the game she dreamed up fifteen years ago. 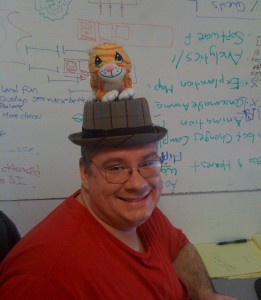 John Arras is a software engineer who has shipped casual, social and mobile games in languages such as C#, Actionscript, Java, C++, PHP and Javascript. These games have included horse sims, telecom sims, virtual farm sims, RPGs, trivia games and multiplayer board games. John’s earlier games were downloadable games and web games and he has expanded into other platforms such as Facebook, iOS and Android as they have become available. He has worked with all parts of the development stack including clients for web, mobile and desktop, asynchronous and real time servers, build automation, data storage (such as SQL, NoSQL and cloud-based solutions), and tools for producers, designers and artists. John has a long-term interest in using procedural content generation to create interactive stories. John has a doctorate in mathematics from University of Maryland.